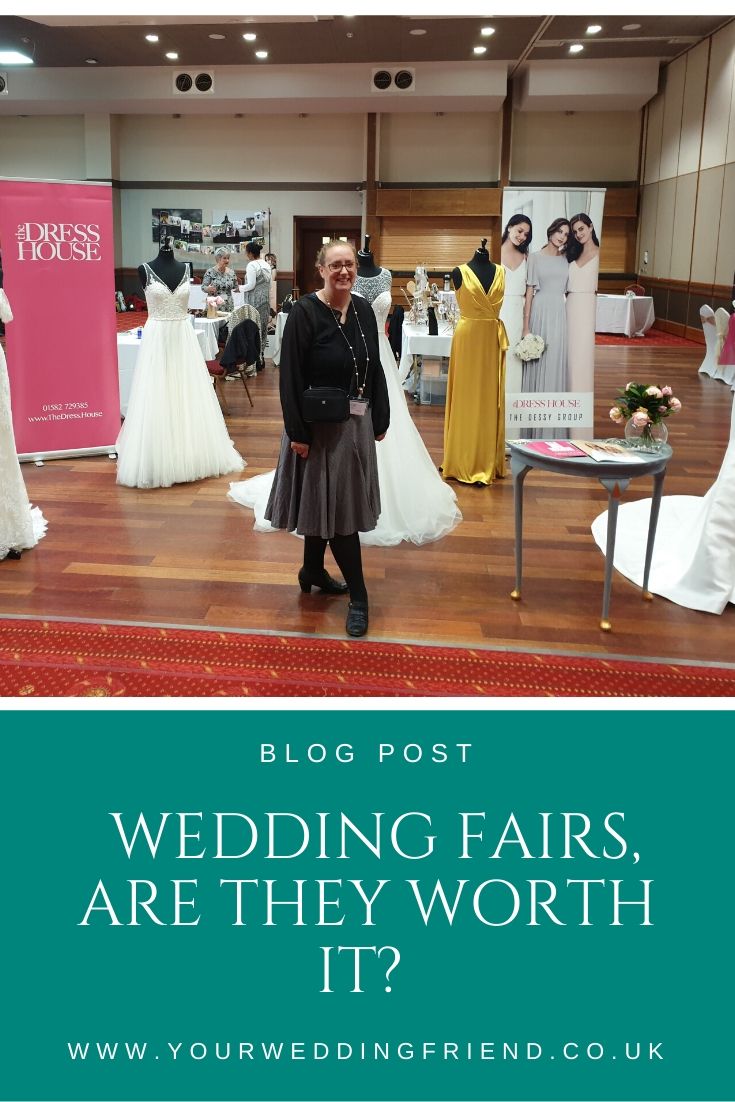 Wedding Fairs, are they worth it?

You're looking at wedding venues and especially in January/February there are lots of wedding fairs you might think about attending, but are they worth it? I'll tell you below…

This question comes up a lot amongst suppliers and attendees alike, the short answer is they're only worth doing if you set your expectations and know WHY you're doing them. The longer answer is more complicated.
There is a lot of choice for which fair or fairs you can attend. Some are the big national shows for which you're charged an entry fee, others are more modest local events run by the venue themselves or by a fair organiser. Every fair has its place in the offering, but not every fair offers the exact same thing.

First and foremost is the question, why are you going?

Is it to pick up ideas, or to find a specific supplier, maybe it's to meet a supplier in real life for the first time? Whatever your reason, know what it is. If you can't think of a reason for going, or you can think of 100 reasons NOT to go then don't go just because someone has told you you should. If you're going for genuine reasons you will get so much more from it than if you're just going because you feel like you have to.

Secondly, where are you going?

Is it being held at Your venue? Does it appeal to your wedding style? Is it at your dream venue, which you know you can't afford but you just want to have a look around? The venue and style of the show is important, or can be if you're looking for something specific. Having another look around your venue and having chats with the suppliers that have been recommended to you is a great way to pick up ideas for your wedding. Looking around venues that are similar to yours may also offer up other suppliers, similar but different to the ones you've been referred to. It never hurts to see different suppliers at different venues. Or even to see your suppliers at different venues - if they're recommended at more than one venue then that's a pretty good clue that they're good quality.

So, what will work best for you?

If you're looking for something quirky you might want to go to something like the 'Anti' Wedding Show or the Eclectic Wedding Extravaganzer, full of alternative suppliers you'll definitely find something different. Local venues obviously have lot of local suppliers but the national shows will have the largest mix of suppliers, of any wedding show. Regional shows fit the best of both worlds - check out your major towns or cities for the larger fairs, they'll often have demos and talks as well as lots of stands. At the end of the day, the choice is yours. If you don't want to pay to attend the larger fairs, stick to the smaller local ones; you may have less choice but you'll likely still find what you need. If you want something really different, you may need to travel a bit further, but it will be worth it. Decide your priority and go with it.

Don't write off the idea of attending wedding fairs, even if you suffer with anxiety about talking to potential suppliers - go, look, pick up leaflets (maybe even an offer or two), get ideas. You'll always get the best out of a fair by talking to the suppliers, and not just about what they offer themselves; they have great contacts throughout the wedding industry and anyone who has been around a while will also have some great general advice. You never know what useful bit of advice you'll pick up from chatting to even the most unlikely contact.

Choose your fair and venue wisely and you'll pick up some great ideas and some fabulous contacts. Go for it X