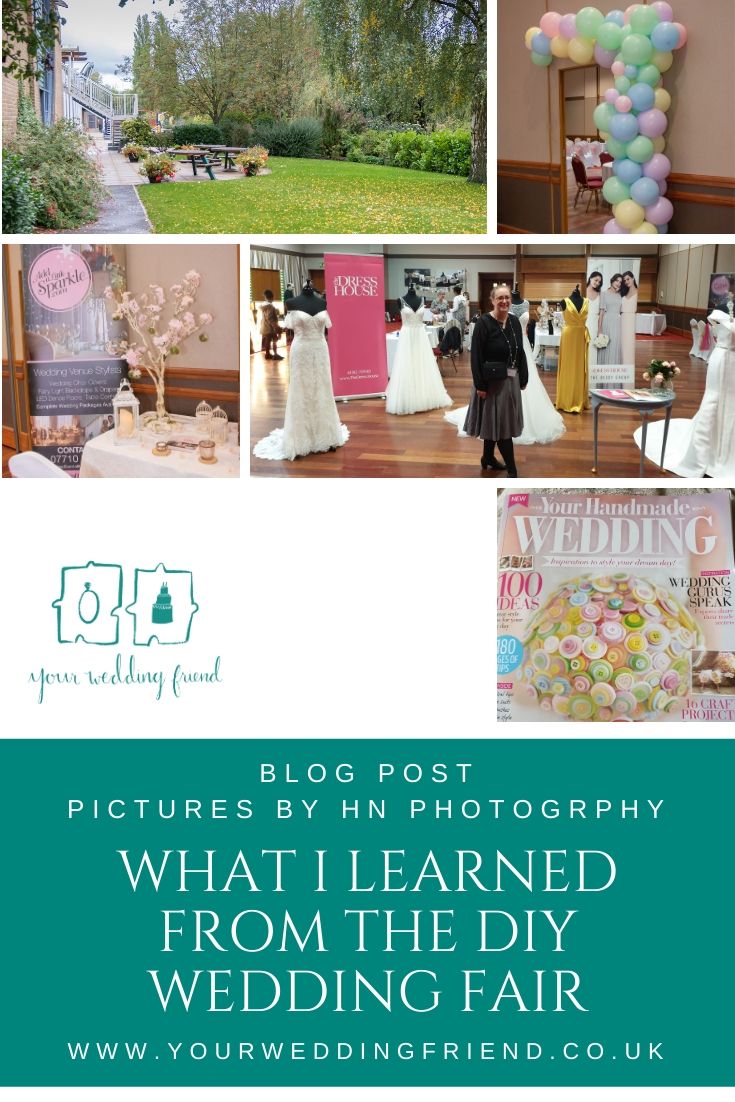 What I Learned From The DIY Wedding Fair

The idea of an event built around the DIY Wedding has been brewing in me for several years. I saw the trend towards brides and couples crafting their own wedding items, some of them go on to make businesses from something that started out as a hobby, others vow never to put themselves through that again. But this is what I've learnt from all that went into planning The DIY Wedding Fair.

From Instagram brides sharing their DIY wedding journey to new magazines appearing on our shelves, this is a growth area of the wedding industry. There are tonnes of crafting magazines now, so it was only a matter of time before Your Handmade Wedding magazine (available from WHSmith) was going to appear on the scene. Of all those makers and crafters some of them were bound to get engaged and start planning a wedding, so of course they would want to include their favourite crafting hobby in their wedding plans. So, I knew there would be a market for this style of event.

A lot of suppliers don't understand

Unfortunately, so many of the suppliers I spoke to on my own journey planning the event, just didn't understand what we were doing. They tend to think that DIY couples are just looking to cut corners and are just in it for the cost saving. The thing is I know otherwise. I see DIY brides buying from other makers. I also know that most weddings now include a DIY aspect, from favours to stationery to thank you gifts for the bridesmaids. BUT, and this is the bit that a lot of suppliers are missing, not everything is done themselves. And some of what is being done by themselves turn into disasters that could be avoided if suppliers were prepared to offer some guidance. But as someone said recently on a DIY Wedding planning Facebook group....

Now I know why I'm paying someone else to make MY cake.

The people that get it, really get it.

Couples and suppliers that get it, are really enthusiastic about making. They can see the value in having something handcrafted rather than shop bought, however they can also understand that sometimes 'shop' bought can work out a little cheaper than creating from scratch, but misses that emotional attachment. The couples and suppliers I've met through the event have really affirmed to me that they are exactly the people I want to be working with. When everyone gets excited together the atmosphere is amazing. Our suppliers all rallied round on the morning and made it awesome, including covering for our sick DJ.

There's no such thing as too much advertising

There are so many options out there for people looking for wedding fairs to attend. Some might say there is too much choice. For me, the biggest headache comes from planning how much and where to advertise. You put lots of information out there, ask suppliers and friends/family to share your event, and you've run out of free advertising ideas, then you have to think about what how much Paid advertising you're prepared to do. Paid advertising can be a huge expense, especially if you don't pick and choose, however if you have a limited budget it can feel like walking a tightrope - have you chosen the right way to spend your money? Will you get the return on the investment? At some point you have to make the decision and just go for it and say I've done all that I can. I hate that moment, especially as there really is no such thing as too much advertising.

Even a relatively quiet event can be amazing

We may not have had as many people through the door as I would have liked (I wanted hundreds but we didn't get anywhere near that), however everyone got something from the event. Our suppliers met and chatted with some amazing families and will hopefully meet some of them again. The feedback from our attendees has been brilliant, and the ideas picked up for the next one will make it bigger and better still. It can totally be about the quality of the discussions being had rather than the number of people through the door, but numbers are still a metric for success.

It's fair enough to say that The DIY Wedding Fair wouldn't have been half the success it was without the support and input of some absolutely amazing suppliers. The wedding 'industry' often gets a bad rap in the media but when you work with people you trust (and yes, I only recommend people I trust) you realise it's more of a community. We're all here trying to do the best for our customers.

Will there be The DIY Wedding Fair Part 2? Maybe sooner than you think! X