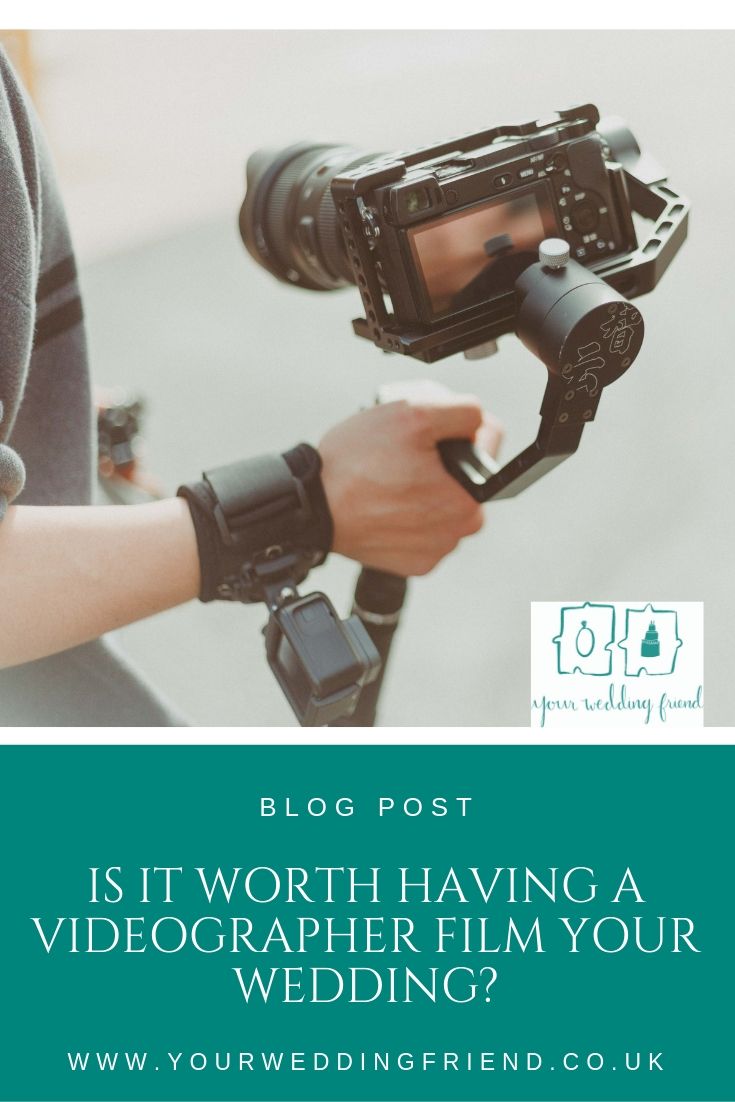 Is it worth having a videographer film your wedding?

Videoing your wedding day is one of those elements that couples either have a clear opinion on or are totally flummoxed by. I often hear people say it's a luxury that you don't really need, after all it's the still photos you'll look at most, right? Let's look at that with this blog.

I agree in part and yet when it came to my wedding day, I didn't give a second thought to having someone, anyone, video it. It IS a luxury and maybe you won't look at it every day like you would a picture on the wall, but your photos don't talk. Your photos don't catch that funny noise your dad makes when he cracks a joke. Your photos won't capture that hilarious laugh your nan has. Your photos won't capture that choke in your new husband/wife's voice as they say their vows.

Back in the day most families had that uncle who would get the camcorder out at every occasion, now we have smart phones, but they're only really any good for snippets and no where near the same as what a professional videographer will capture for you.

Ultimately you have to decide whether being able to review and relive your wedding day is important to you, but consider this, if you're only thinking in terms of right now stop and think about the you in the future. It's sad to say it but your friends and family won't be around forever, wouldn't it be nice to share those moving, speaking images of loved ones as you get older?

There are lots of ways to capture your wedding day now and the technology is moving fast. Now you can livestream to pretty much any part of the world with an internet connection. So, say you have a close relation who can't get to your wedding, your videographer might be able to share your vows live to them where they are. Better still, technology now is starting to reach a point where not just 2d images but an immersive 360 or VR capturing of your wedding can be achieved. Check out the amazing Virtual Wedding Films for more on this latest development.

Traditional videography is still there of course. The fabulous Veiled Productions cover most of the Midlands and eastern regions. Most videographers will do a 30-60 second 'show reel' of edited highlights that you can share on-line with your nearest and dearest, as well as a more full-length version for you. You'll need to sit down and discuss what they will capture and from which angles, and if your venue/registrar has any restrictions they need to be aware of.

Some videographers are also photographers (or vice versa) so worth checking what bolt-on packages your potential suppliers offer. As with photography, there's a lot of material to go through and edit into a fantastic film so this service doesn't come cheap, but then cheap rarely equals great. If you don't have the funds to go the full videographer route there are options for DIY such as the brilliant ladies of Shoot It Yourself - you take the video and they make it into a film! Or Stitcht - your guests create videos on their phones that they upload to an app and You make it into a film!

So you see, you might not believe you can afford a video of your wedding day but there are multiple options now that mean whatever your budget you can do it. X